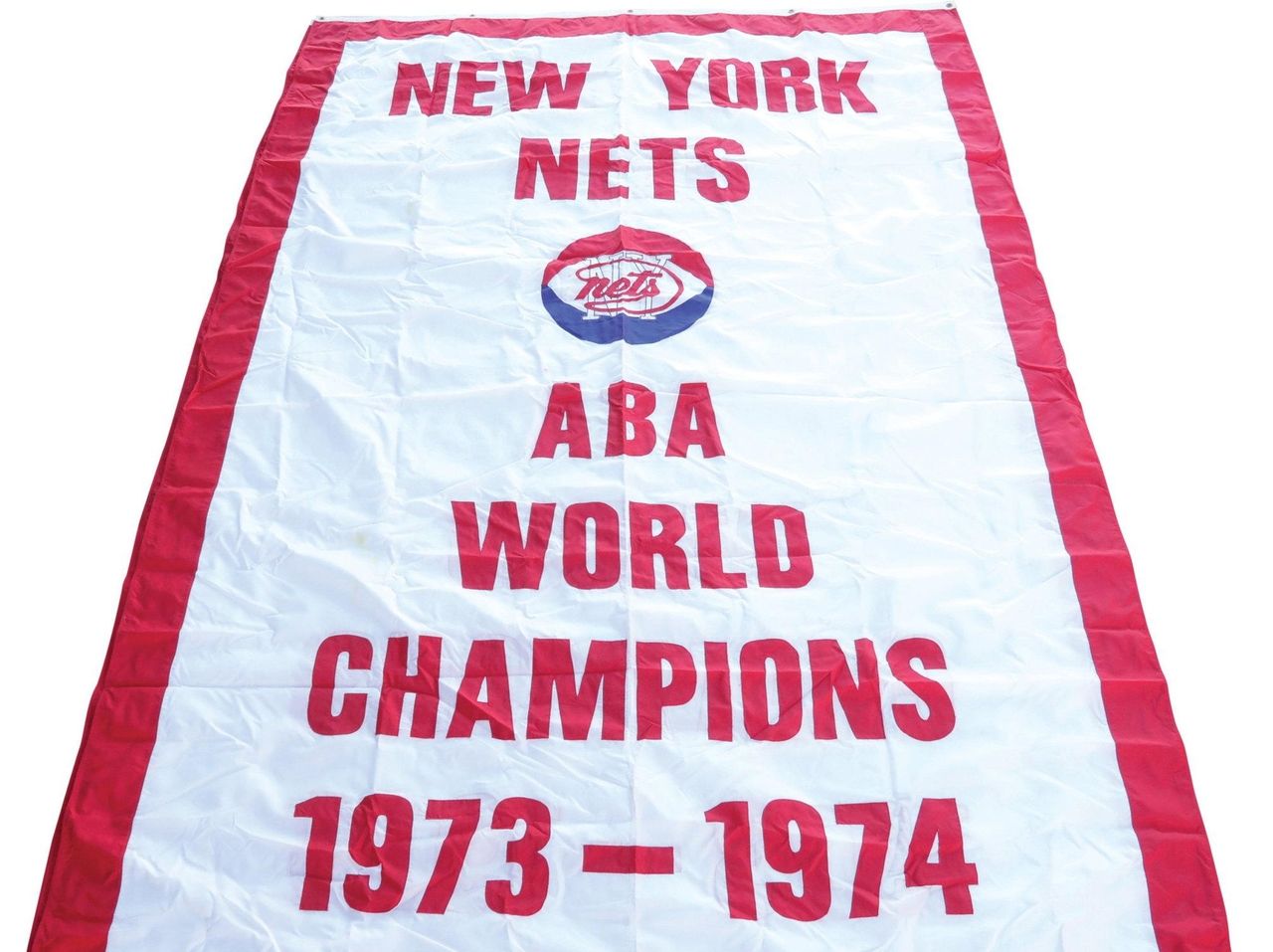 As Lelands sports memorabilia auctions go, it’s all about relatively small potatoes, items that come in comfortably in the four figures but probably won’t reach five.

Still, some things are cooler than others, and for Lelands president Mike Heffner, the two Nets championship banners from the Nassau Coliseum days currently for sale on his site rank high in that regard.

“To me, they’re cooler than the Madison Square Garden Knicks banners or the Boston Garden Celtics banners,” he said. (Lelands managed memorabilia sales from the old Boston Garden.)

Why? Due to the specificity of the bygone era, they conjure up: the mid-1970s in colorful and quirky ABA, in this case featuring Roosevelt’s Julius Erving.

Beyond that, arena banners allow people to remember — or imagine — everything that happened beneath them, Heffner said.

“These things made history,” he said. “These were probably hanging over Elvis’ head at some point. Would love to see what those banners saw.

“That’s one of the reasons why arena artifacts and stadium artifacts are so widely collected, because people realize they weren’t just there for a moment, they were there sometimes. for decades.”

Elvis Presley’s last concert at the Nassau Coliseum was in July 1975, so only one of the banners could have witnessed this occasion. The Nets won in 1974 and 1976. But you get the point.

For a Nets fan of a certain age, the banners would make quite the conversation. High ceilings would help; the banners each measure 91.5 inches by 140 inches.

Heffner was unable to provide details on the provenance of the banners, saying only that they were in the hands of collectors. Lelands believes they were produced in the 1970s and retired when the Colosseum closed for renovations in 2015.

Heffner said old-school cloth banners generally didn’t wear well because of the heat and dirt that rose to the rafters of arenas, and were usually thrown away when replaced.

“What I can tell you is they’re old, 70s, based in construction, fabric and stitching,” he said. “Those were the banners that hung there.”

Heffner said it was “virtually impossible” that the banners were fake and not worth it anyway, given that their auction value is unlikely to be much higher than it would be. cost to produce them.

“I have every confidence in the world that they’re vintage and they’re original,” he said.

And if not, Lelands offers a lifetime warranty on their items if someone proves otherwise.