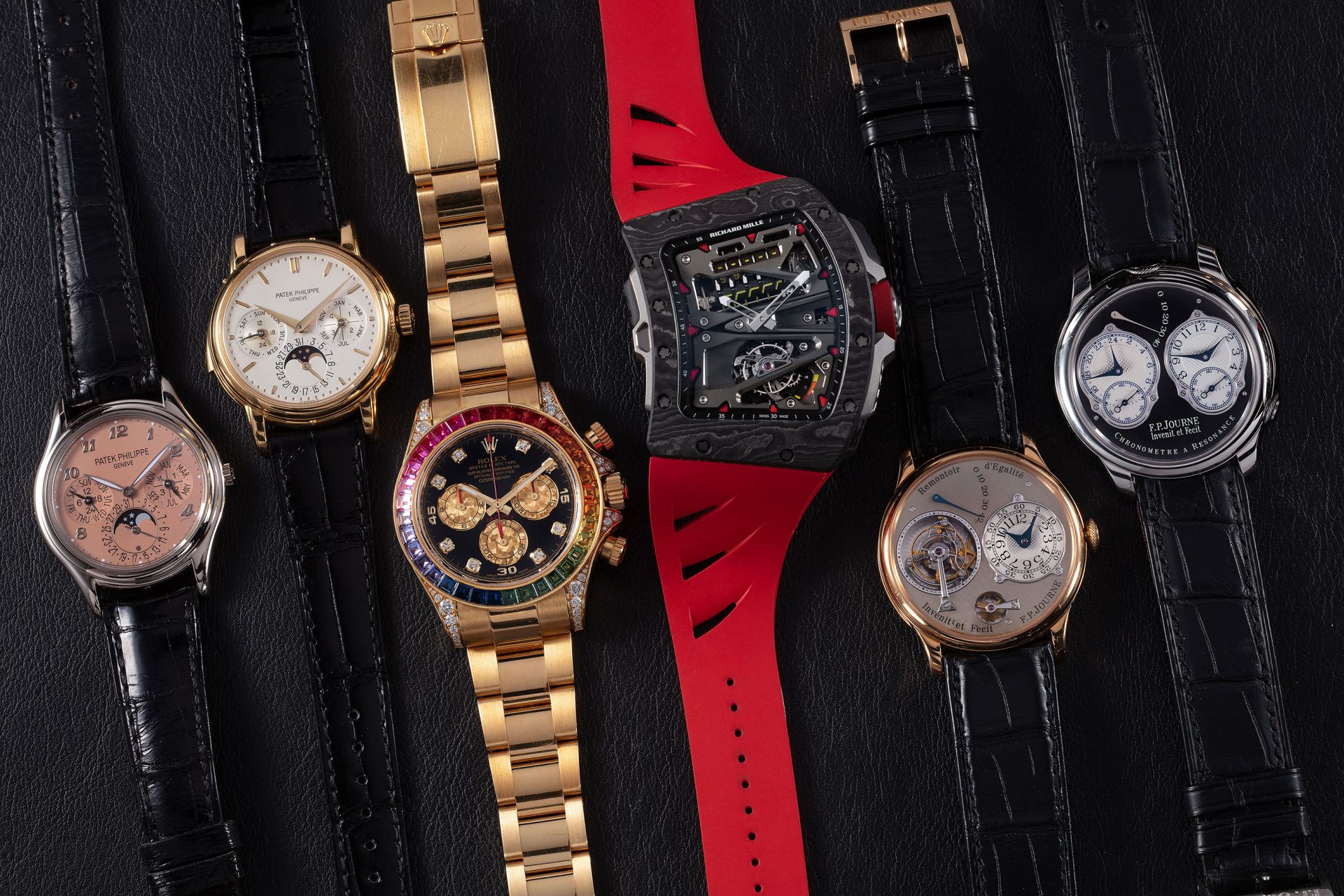 Christie’s in Dubai is hoping to build on record sales in 2021 when its first auction of this year takes place from March 15-30. More than 150 watches will be on sale.

“Dubai has earned its place as a go-to hub for collectors and a place where sellers can be sure to fetch premium prices for exceptional pieces. This spring’s online sale further strengthens our market position and we look forward to engaging with the growing community of lovers of rare, exceptional and ever-desirable timepieces,” said Remy Julia, Head of Christie’s Middle East Watches. , India and Africa.

Competition among bidders is heating up as the watch category reached its climax last year.

The United Arab Emirates has only existed as a sovereign nation since 1971, and Dubai has only evolved into the modern metropolis we see today over the past 30 years.

This has created staggering wealth and a desire to display it less frequently in Western markets.

As a result, sales of wristwatches have skyrocketed and many of the lots in the Christie’s sale reflect the type of pieces that have been popular over the past few decades rather than dating further back into the vintage era.

The watch combines a tourbillon movement with an unusual complication: a mechanical odometer that can count distances of up to 99,999 kilometers.

In addition, the asymmetrical shape of the watch offers optimal wearing comfort and readability when gripping the handlebars. The case is made from Carbon TPT, a material known for its durability and light weight, and now synonymous with the brand. With a limited edition of only 30 pieces, the estimate for this watch is provided on request only.

Rolex Daytona ‘Rainbow’
It is the most desirable modern Rolex Daytona reference. Set with 36 baguette-cut sapphires in a rainbow gradient around the bezel, framing a black lacquer dial with gold crystal counters and a caseband set with 56 brilliant-cut diamonds. Due to the inherent complexity of their production, these models have been produced in a very limited edition and have a quality of craftsmanship, as evidenced by the gem-setting of the bezel. Unsurprisingly, demand for these Rainbow Daytonas far exceeded supply. (Estimate $300,000-500,000).

The Tourbillon Souverain launched the illustrious career of FP Journe in 1999. It was the first wristwatch to combine a remontoire (constant-force device providing constant feed from the mainspring to the escapement) with a tourbillon, establishing FP Journe’s status as a technical and design genius. (Estimate between 400,000 and 600,000 USD).

The exclusivity of the current watch is further enhanced by the fact that it is a Black Label edition, reserved exclusively for existing FP Journe customers. The Black Label editions were distinguished by their platinum cases and black lacquer dials. Only 12 Black Label pieces are awarded to boutiques each year, with only two pieces for each model in the collection. (Estimated: 250,000 to 450,000 USD).

Patek Philippe Ref. 3974J
One of the most important watches ever mass-produced by Patek Philippe, the reference 3974 was launched in 1989 to celebrate the brand’s 150th anniversary. At the time, it was the most complicated wristwatch in the world, combining a minute repeater with a perpetual calendar. Only around 160 examples of Ref. 3974 were made, the majority in yellow gold. The first copies of this reference, like the one we have the privilege of offering in this sale, were presented with a case made by the legendary Jean-Pierre Hagmann. The watch is powered by an impressive Cal. 27 RQ, a 22K micro-rotor movement with 467 parts. Patek Philippe has ceased production of the Ref. 3974 in 2000, but the reference is now considered a modern classic embodying the strengths and wonderful acoustics of the Patek Philippe minute repeaters. (Est: $350,000-450,000).

‘Most valuable’ TL banknote goes under the hammer in online auction