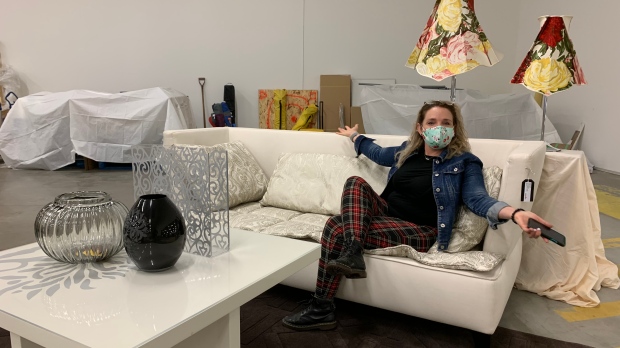 More than 100 luxury items will be auctioned online this weekend with proceeds going to current and future Habitat constructions.

“This is the first of its kind,” said Managing Director and CEO Fiona Coughlin.

Coughlin admits the local organization has never held a fundraiser that raised more than $ 20,000 before, saying he’s optimistic a new record will be set.

“The potential is incredible! Coughlin explains. “I don’t know what we’re going to raise, but anything over $ 20,000 will be huge for us.”

Most of the items are on display in a secret warehouse.

Coughlin told CTV News that the average Habitat construction costs more than $ 200,000, explaining that prices have increased since the start of the COVID-19 pandemic.

She says the proceeds will support Ford City builds as well as the restoration of the Jimmy Carter Building House on Bruce Avenue, noting that the goal this year is to have nine community builds underway this year.

“The Windsor-Essex Home Builders Association is sending out teams of carpenters and they’re going to try to build four houses in three days,” Coughlin said. .

“It’s absolutely amazing and that’s how we’re going to pay for it!”

Habitat for Humanity Windsor-Essex will host a media preview on Wednesday of the items featured in the “Build by Design – An Online Luxury Auction“.