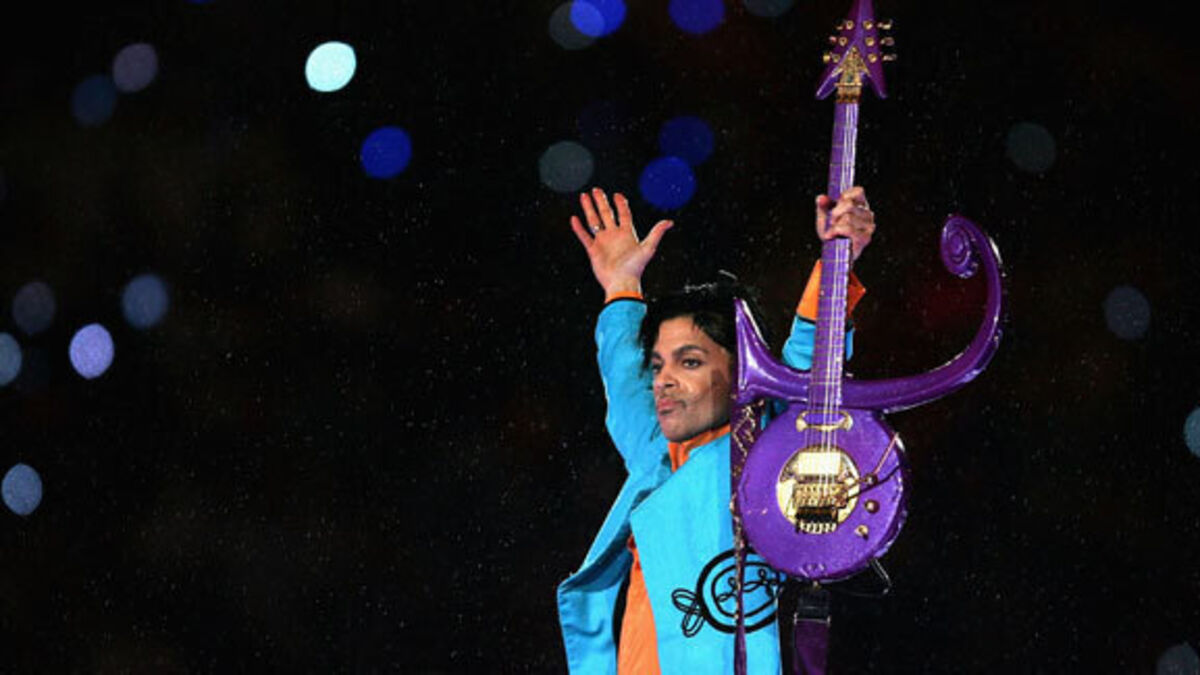 Meet the man who brings Prince’s auction items to Ireland

The Museum of Style Icons in Kildare is one of only two places in the world where an exhibit of Prince’s costumes and songwriting notes can be seen ahead of their auction in May. Esther McCarthy takes a look

A low-key corner of County Kildare hosts an exhibit that is likely to be the envy of culture and music lovers around the world.

The Museum of Style Icons at Newbridge Silverware is one of only two locations in the world where an exhibit of several Prince costumes and stage props, guitars, jewelry, and songwriting notes can be seen before to be auctioned in May. Each article tells a story spanning four incredible decades of one of popular culture’s most remarkable talents.

Fans will be able to see the black two-piece the star wore when he filmed “Under the Cherry Moon” in 1986. There is the turtleneck and electric blue pants he wore when rocking with Lenny Kravitz at a gig in (rightfully) 1999. Or the characteristically flamboyant gold-and-black reptilian-print shirt and pants he wore on stage on his Jam of the Year and Newpower Soul tours. And yes, it really is the navy blue hat with gold chains draping over the face that the musician wore in his famous funky video “My Name is Prince”.

But there are also more personal items, their presence made all the more poignant by the untimely death of the star almost two years ago. There are handwritten words from an artist in its purest state of writing, including a draft of his song “Miss Understood”, and a “Love” symbol pendant given to his wife, Mayte Garcia. They had a boy, Amir, who tragically died of complications from a rare syndrome just days after birth.

For those who loved his music and mourn his loss, or those who are simply interested in the history of modern popular culture, this exhibit is a treasure. The story of how two Irishmen brought Minneapolis’ most famous son to Newbridge is also unique.

The exhibition is the latest collaboration between Martin Nolan of Julien Auctions and William Doyle of Newbridge Silverware, who share a passion for the iconic and a positive attitude.

“I read in the newspaper how an Irishman was bidding against Givenchy for an Audrey Hepburn dress and I was like, ‘Wow, I have to contact him,’” Martin recalls of their first meeting several years ago.

It was a contact that led to friendship and common interests, and their first exhibition of Marilyn Monroe outfits and collectibles in Newbridge was a huge success. They have worked together on several since, the latter being one of the most spectacular.

It was quite a trip from Kiltoom, near Athlone, to Hollywood for Nolan, who had a stable and secure job at Teagasc when fate came and gave him a hand.

“I won a Green Card in the lottery in 1989, a Donnelly Visa. I felt so lucky – there were 19 million applications from 36 countries for 10,000 visas. My name came out of the hat, and with luck like that, I knew I was lucky and I knew I had to go, ”he says. “It’s funny how my life has changed so much.” Upon arriving in New York City, he got a job as a porter and later a chef de cabin at the Hilton hotel, shaking hands with James Brown, Sylvester Stallone and Mohammad Ali.

But his background was in finance, so he trained and worked as a stockbroker, before his career took another turn. He met the best auctioneer Darren Julien, who goes solo, creates his own business and wants to work with the Irishman. A little over a year after setting up the now famous auction house, Martin joined him.

“After the Hilton, I went to work on Wall Street as a stockbroker and financial advisor. This is how I met Darren Julien. Darren had just started the business.

“We became friends and in March 2005 we were doing the second estate auction for Marilyn Monroe which was a really big deal.” He would later spend months on Michael Jackson’s Neverland Ranch cataloging the star’s home content for one of the biggest celebrity sales.

In 2009, when an exhibit of Jackson artifacts came to Newbridge for ten days, 5,000 people a day walked through its doors.

He has worked with some of the biggest names in the world, but one feels he is particularly proud to have presented the Prince exhibition in Ireland. “Prince is a true icon and this is the first time this collection has been assembled since Prince has worn these items, or played with these guitars, or wrote these lyrics.

“They’re on display here until May 10, and then we take them to the Hard Rock Cafe in Times Square, New York. We’ll be exhibiting it for a week and then auctioning it off on May 18th at the Hard Rock Cafe. This is what, as an auctioneer, you want to work with – the most iconic person because they get so much interest.

“The reason the whole auction took place is because in November, as part of our Rock ‘n’ Roll idol and icon auction that we have every year in Los Angeles, we sold a Prince guitar, a cloud guitar, teal, for $ 700,000. It was a world record for a Prince guitar, before the highest price was $ 130,000, it had been purchased by a museum.

“It piqued our interest because Prince is very collectable. Museums want to buy his objects. People want to see its objects, they want to be up close. Sadly, he’s no longer with us, so the best thing you can do is own something of his life and career – keep his memory alive.

His music still lives on, but there is also tons of unreleased music.

“In fact, here we have a few lyrics from songs that haven’t even been released yet – working lyrics with his notes crossed out and additions and edits made. It’s like the pure art form of the music he created; at the very beginning, when you sit down with a piece of paper and a pencil to start writing, to create this wonderful music that we have all grown to love.

Prince’s passion for creativity and design makes the collection perhaps even more special. “He was a showman and he was involved in the costumes he would wear. He worked with designers and if he loved the designer he came back to them many times, items so brilliantly unique that any artist can wear.

“He always wore jewelry, every photo you see of Prince, he usually wears jewelry. This is a massive auction for us, in fact there is a total of over 150 lots – here we have around 50 of the best highlights.

Large-scale auctions are generally described as very glamorous and dramatic.

“It’s lights, cameras and auctions! Nolan nods. “Three weeks before the auction closes, it will be available online. People can start bidding online and it happens until the actual auction date. There will be a lot of media interest. It will be a crowded room at the Hard Rock Cafe. It will be lively. People bid on the phone, people bid in the hall, and each lot will be sold individually and scattered around the world.

After decades of working with the company, Nolan understands the power and allure of classic celebrity collectibles. But sometimes a sale price will surprise him.

“We have an idea, you know the iconic objects, you know what is the point before the auction. If we have something really expensive, let’s say when we were selling John Lennon’s guitar two years ago, we had an estimate of $ 600,000 to $ 800,000. We were hoping it would sell for over a million, which never happened back then. We had six billionaires on the phone, bidding against each other for the guitar, and she sold for $ 2.4 million.

“The owner of the guitar was in the room, it was a life changing event. He had the guitar for 47 years and never knew it was a John Lennon guitar. Half of the proceeds went to the Spirit Foundation, founded by John Lennon and Yoko Ono. A great story, and it was so amazing to be a part of this guitar’s journey, even for a short time. “

Prince – Nothing Compares 2U is being hosted at the Museum of Style Icons in Newbridge until May 10. Tickets, priced at € 5-7, can be booked on newbridgesilverware.com or in-store.

The best online auction sites you can use for your sales