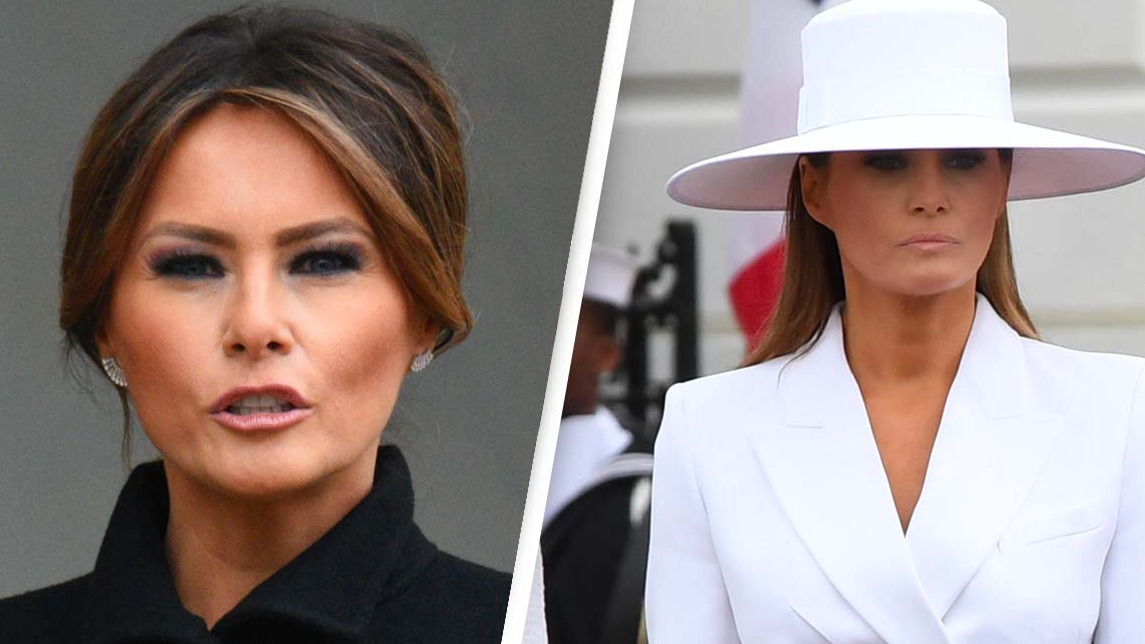 Melania Trump became the subject of mockery online after her bid to auction off three items failed at the first hurdle.

The former first lady may have looked “disgusted” with her hubby during a Game 4 outing at the Baseball World Series, but the results of his auction likely left an even sourer taste in her mouth.

Much like her Christmas decor while residing in the White House, Melania’s auction items didn’t prove to be very popular, after they didn’t even reach their threshold for an opening bid. .

The three items up for grabs included a watercolor of Melania wearing a custom wide-brimmed hat, the hat itself, and a non-fungible token (NFT) of the painting with additional animation, CNN reports.

However, by the time the auction closed on Wednesday evening January 26, only five bids had been placed in total.

Additionally, the bids only amounted to around 1,800 Solana tokens – the cryptocurrency selected for the event – ​​which was the minimum requirement for an offer.

According to media reports, the set of three objects that Melania Trump auctioned did not reach the starting price of 250k, the desired threshold for an opening bid. Excuse me while I go and laugh like crazy.

While enough Solana tickets were purchased to exceed the minimum limit, the opening bid – which was to start at a sum of $250,000 – was not met.

As a result, the items only sold for a grand total of $170,000, despite their grandiose title of “Head of State Collection.”

The $80,000 drop in expected value demonstrated the impact of a massive crash in the crypto market, which occurred over the previous two weeks. Currencies, including the Solana, fell by up to 40%.

The internet has since exploded, with many taking to Twitter to ridicule Melania for her auction failure. One said, “This overpriced used hat is selling at a discount.” Another wrote: “Melania’s NFT auction was a big flop. Sad!’

A third commented: “ME: SHOCKED SHE EVEN HAS OVER FIFTY SHADES OF NOTHING!!”

Melania started selling NFTs in December, but at a much lower price. The former first lady has put digital artwork of her eyes up for sale for $150 each and, like her last auction, promised some of the money won will go to charity that supports foster children.

TAA launches “Off to the Races” online auction