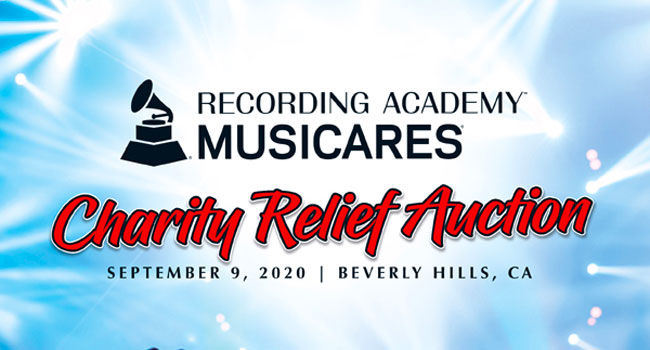 Proceeds go to MusiCares, a Recording Academy charity that supports the music community in times of need

Julien’s Auctions has announced the range of branded items that will be sold at the MusiCares Relief Auction, which will take place Wednesday, September 9, live in Beverly Hills and online at juliensauctions.com with online auctions at the ‘advance from Monday August 17th.

Designated lots will share the profits with MusiCares and the Grand Ole Opry Trust Fund, including items signed by artists who performed Opry shows without audiences during the COVID-19 pandemic. Half of the proceeds from the sale of Darrell “Bubba” Wallace Jr.’s 2018 DAYTONA 500 Chevrolet Camaro ZL1 will go to MusiCares and the other half to the Petty Family Foundation.

The Musicares Relief Fund auction catalog by Julien’s Auctions will run from Monday, September 7 to Friday, September 11 from 11 a.m. to 5 p.m. PT. It’s free for the public. The online auction will take place Wednesday, September 9, starting at 10 a.m. PT at juliensauctions.com.

Registration is required to bid in this online auction and can be done in person at the show, or online prior to the sale on the JuliensAuctions.com registration page to bid by phone, proxy or in person , or online at JuliensLive.com to bid live online or by calling (310) 836-1818.

Auctions will take place via Julien’s Auctions Online Live in Real Time at JuliensLive.com .; by telephone through a representative of the auction house; in person or by absenteeism.