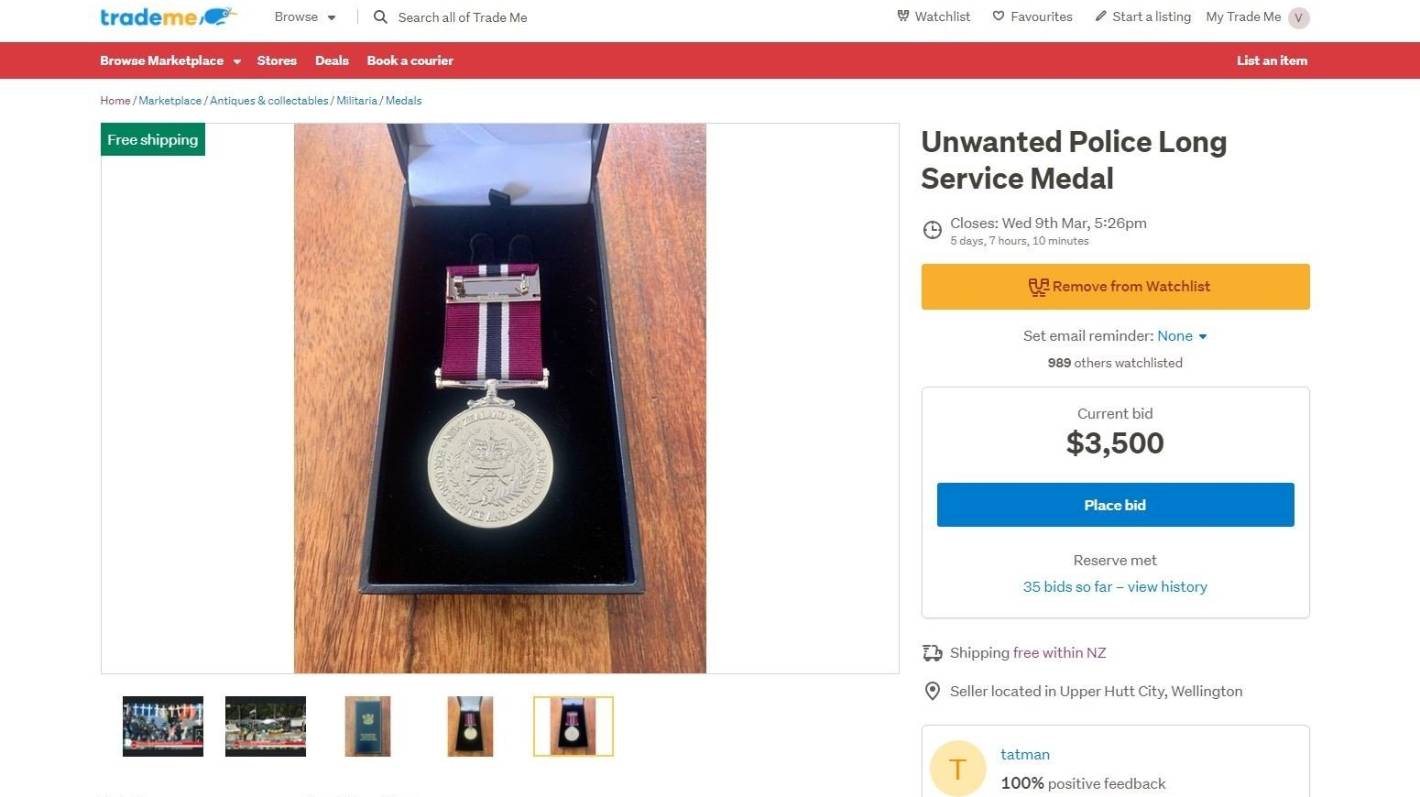 An online auction by Trade Me, a poster keen to sell his police long service medal after being bothered by tactics used to end the occupation in Parliament, has been taken down.

Bid on the medal reached $3500, but the listing was taken down on Friday afternoon. Its owner was selling the decoration apparently because of the way police acted during the evacuation of protesters on Wednesday.

Trade Me user “tatman” listed the price, which is given after 14 years of service. They say they spent 17 years in “frontline service” before having their jobs terminated in February when they refused to “submit the vaccination warrant”.

Trade Me’s message stated that the listing was “in violation of our terms and conditions”.

READ MORE:
* ‘We don’t want them’: Protesters lingering in Wellington are moved by locals
* Wainuiomata residents rally to protect the marae after protesters fear
* Battle for Parliament: the inside story, among the protesters

In the online listing, they said they were disturbed by what they saw on a live stream showing the police clearing Parliament and surrounding areas of the occupiers on March 2.

“This medal was awarded to me 3 years ago. It’s a [sic] has never been worn and no longer has any value to me, hence the $1 reserve.

Day 23: Aerial view of the evacuation of Parliament and Molesworth Street, Wellington.

Photos of the disc-shaped medal show it tied to a striped ribbon in a presentation box labeled ‘New Zealand Police Long Service and Good Conduct Medal’.

By Friday morning, the auction had attracted 35 bidders. The auction ends March 9.

The seller has been contacted for comments.

IRRF will hold an online auction