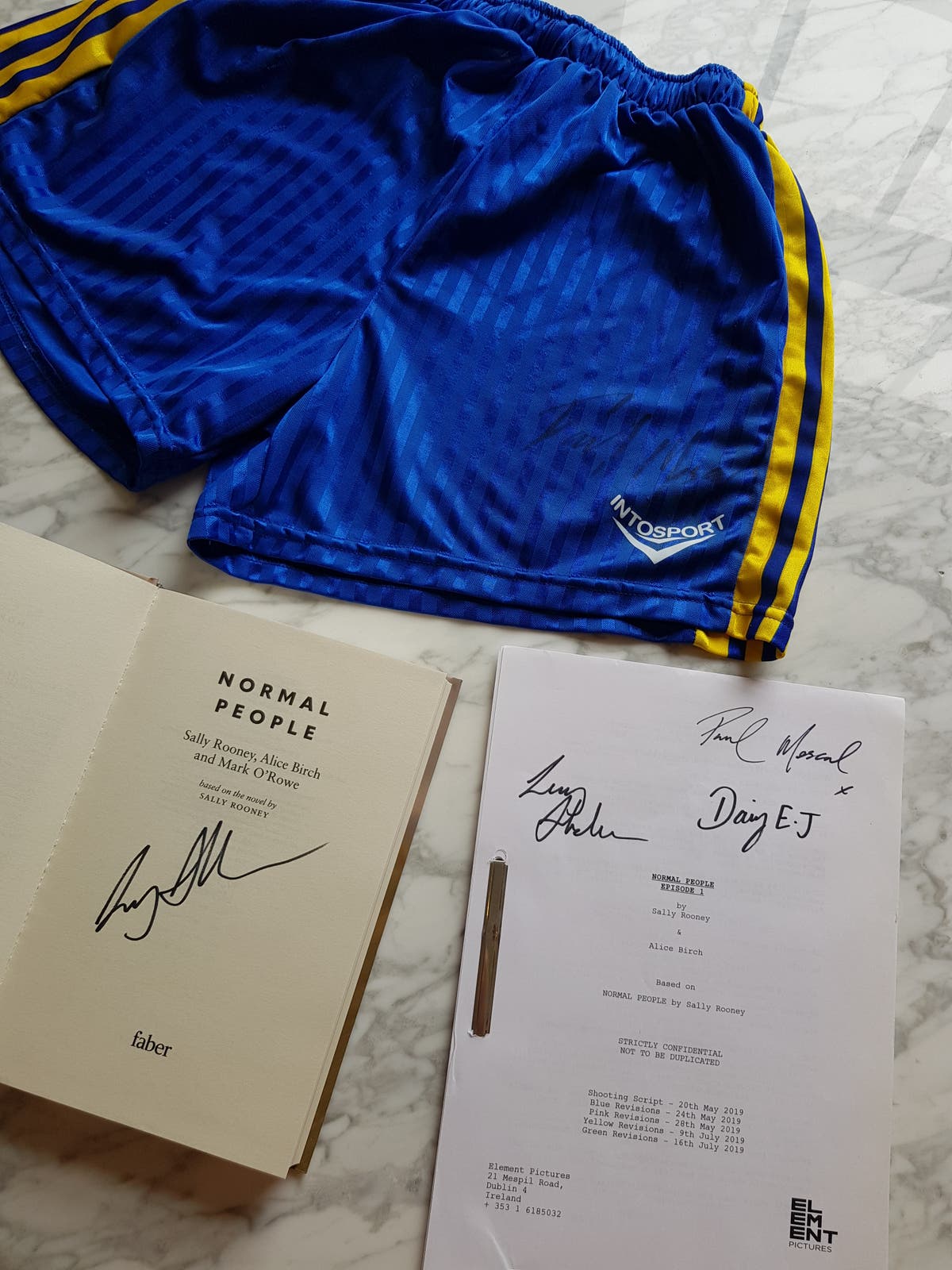 Signed blue and yellow GAA shorts, a signed screenplay of the first episode of the award-winning series based on a novel by Irish author Sally Rooney, and a signed hardback screenplay book, with photographs by Enda Bowe, are set to auction by From Wednesday June 29 to Sunday July 17 at 6 p.m.

The GAA shorts, which are the same style as those worn on the show by Bafta winner Mescal, have sparked a number of internet memes and led Italian luxury brand Gucci to design knock-off pairs .

The Normal People auction is organized by Orla Murphy, who set up the Filmmakers support group Filmmakers in March and has since raised over €10,000 to support filmmakers affected by the ongoing invasion of Ukraine.

Ms Murphy said: “By sending these funds to our fellow filmmakers, we are also sending a message of solidarity, hope and respect.”

Founder and director of Element Pictures, Ed Guiney, said: “What is happening in Ukraine is absolutely devastating. Along with Lenny Abrahamson, we at Element are proud to support these charities and admire their brilliant work in helping filmmakers.

Darya Busel, chief programmer of Ukrainian documentary festival Docudays.ua, said: “Over the past four months, Ukrainian filmmakers have risked their lives and their sanity to document the atrocities of war and bring the war crimes, but not only that – they collect footage for future films.

“I am sure that the films that will come out of the work in progress will help us understand this historic moment, when the whole world must reconsider the principles on which it is built.

“These upcoming films will help us deal with our traumas and reconnect with ourselves.

“Because the worst thing that war does to you is that it takes your life. In every possible way; you can’t plan anything anymore, you get separated from your loved ones, you lose your house and everything what you have worked so hard for all your life… and in the end, one day, you may even be killed.

“It’s true that cinema may not change anything in the short term, but it can certainly change a lot in the long term. On behalf of our colleagues at Docudays and Ukrainian cinema, I am very grateful to everyone who has donated to help us do this important work.

Orwa Nyrabia, from ICFR Ukraine, said: “We created ICFR because we believe that film lovers all over the world form a community, that attacking a filmmaker anywhere is an attack on all of us, that ‘with such acts of solidarity, we can show the world that people in the cinema will stand up for each other.

“Thanks to the efforts of our Irish colleagues, this faith is renewed.

“The fate of our Ukrainian colleagues today concerns us all, and however small or large our contributions may be, they send above all a message that is not financial; ‘we are with you, you are not alone’.