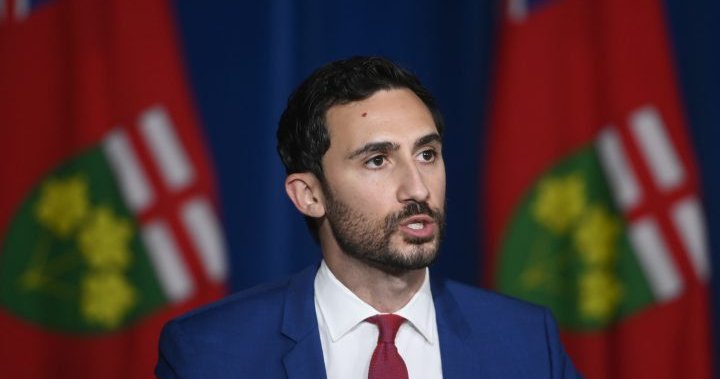 Western University in London, Ont., has released a statement regarding a detailed report on Ontario Education Minister Stephen Lecce’s involvement in a “slave auction” while he was part of a local fraternity 15 years ago.

“Although Western has no formal affiliation with any fraternities or sororities, they are part of the London community,” the university’s statement released on Thursday morning opened.

“We hear scandal after scandal involving MPP candidates engaging in racist, homophobic and other problematic behavior,” Fakirani said. “It is not surprising that young people feel disenfranchised by their political system; we do not see ourselves or our values ​​represented in these candidates”

In 2006, Lecce was part of an auction for charity fundraising during his second year of college at the Sigma Chi fraternity, according to the PressProgress report released Tuesday night.

Shortly after the story surfaced, Lecce responded and apologized — he didn’t deny his involvement.

“The 2006 event was inappropriate and in no way reflects who I am as a person, which is why I unreservedly apologize,” Lecce said. “I will continue to passionately advocate for the interests of all Ontarians, regardless of religion, heritage, orientation or race.

Various NDP candidates are calling for accountability and that “Mr. Lecce needs to apologize for the deep pain his actions have caused, educate himself, and try to make amends to black communities.”

“Racism in any form is abhorrent,” Western’s statement continued. “At Western, we embed equity, diversity and inclusion into policy, operations, research and education, and are committed to pursuing meaningful systemic change.”

Lecce served as education minister in the Ford government for almost three years.